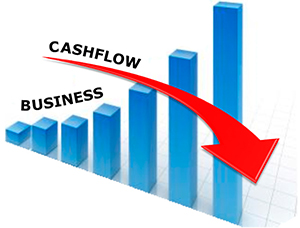 Convertibill® invoice discounting gives the elbow to the complicated barriers of traditional lending. You simply:

Convertibill® invoice discounting finances toy deliveries all over the British Isles. Flowers from Holland and Christmas trees to Europe. Crystal to Wimbledon. Fish from Asia. Jackets from China, shirts from Turkey and suits from London. Goods onto Amazon and apps into Heineken®. Parts into bus manufacturing and tyres imported from Portugal.

Convertibill® also finances recruitment people into IT, insurance and training and care providers into private homes. Communications masts to Egypt. Cheese onto most tables in Ireland and food into Eurotunnel. Window cleaning, printing, agribusiness, IT maintenance, hardware, software, the list goes on…How can your business use Convertibill®?

That’s right. We’re so confident that once you’ve used Convertibill®, you’ll never leave. Try Convertibill® invoice discounting for a month and if you don’t like, leave it.

Take a moment and consider this amazing offer. What bank or traditional lender would even consider offering you a free trial? The truth is they wouldn’t because their lending models make this virtually impossible. Convertibill® invoice discounting uses a smart purchasing model. Offering you a free trial is simple. But you need to act now.

This is a one-time offer only and will not be repeated. To get your invoice discounting free 1 month trial, fill in the form now.

No other company in Ireland operates the same purchasing model as Convertibill®. The banks, invoice discounting and factoring companies all use traditional finance lending models. These models are restrictive by their very design. They require personal guarantees and you must assign all your ‘book debt’. Ultimately, lending models are designed to protect the lender. They are not concerned with the negative side-affects to the business borrower.

Compare these different types of traditional finance lending models to the Convertibill® purchasing model. It is easy to see the significant differences. Convertibill® invoice discounting also allows you to decide what customer and supplier invoices you want to sell. Convertibill® understands this is your business and lets you decide.


About Us & Our Background

After eleven years building my business and being in need of working capital, I got my first introduction to invoice discounting back in 1998… I disliked it so much, I closed the company rather than ‘work for the bank’. Back then, I wasn’t the world’s smartest business person, but I was smart enough to know that if I allowed the bank to offer me the cash I needed, I’d spend the next decade paying them back. I walked away from my business that day and swore that someday I’d show them how business owners really want to be financed.

Fifteen years later Credebt Exchange® opened for business. This year alone, we’ve provided more than EUR 30.0m to Irish companies. We don’t deal with everyone who contacts us. In fact, we only trade with about a third of people that approach us. Most importantly, in the past two years there hasn’t been a single complaint that we didn’t solve to the complete satisfaction of our customer.

Convertibill® invoice discounting treats your invoices as assets and lets you choose what invoices you want to sell to us. It pays your suppliers on time and also buys your customer invoices too. Convertibill® is intelligent finance because it lets you decide what you need to sell for your business to prosper and succeed.

As you grow, Convertibill® invoice discounting grows with you and we don’t put any limit on this either. We’re so confident that you’ll like Convertibill® that you won’t ever want to leave us. That’s why our contract allows you to leave whenever you like.

As the saying goes: if you keep doing the same, thing the same way, then you’ll keep getting the same result. So you can continue to follow the herd by trying to work with traditional invoice discounting companies or you can keep expecting your bank to support you. But if you want to really finance your business, the way that common sense tells you you should, then try Convertibill® invoice discounting and get the result you actually want.

The reasons why so many companies are changing to Convertibill® is because it’s easier to use and doesn’t cripple the business with liens, contracts and paperwork. The following are a few examples of real-life customer case studies that demonstrate how Convertibill® is helping many business owners.

Prior to approaching Convertibill®, a Dutch client with an overdraft of just twenty thousand was struggling to keep his multi-million wholesale flower business. Despite years of excellent trading records, his bank would not increase his overdraft limit. The lack of working capital meant that senior management was always chasing money.

At his first meeting with Convertibill®, it was agreed that with adequate funding the business could grow by extending credit to new customers that demanded it. Also it would be possible to improve margins by negotiating early payment discounts with suppliers. Using Convertibill® invoice discounting this organisation expects to double its turnover next year.

Using a traditional invoice discounting company, a call centre with several well-known customers would regularly see their credit limit evaporate simply because single customer failed to pay on time. To make matters worse, this often happened the night before the monthly salaries for 60+ employees were to be paid. Despite an excellent track record of payments and receipts, nothing could be done and the owner had to fund salary payments from his own personal account.

Since switching to Convertibill® invoice discounting this issue no longer exists because Convertibill® operate a credebt® (pronounced: credet) limit system. As the Originator, so long as the company can issue valid invoices to their customers or Debtors, Convertibill® can trade them on Credebt Exchange®. Moreover, if a single debtor is late paying their bill (as in the above example), this does not mean that all available funds disappear. This is because each credit limit is per debtor, not per Originator. A single Originator with 100 debtor customers, has 100 independent debtor limits that do not affect each other. Also, with Convertibill® invoice discounting, debtor limits are increased as the Originator’s business grows.

Convertibill® invoice discounting is used to finance toy deliveries all over the British Isles, crystal to Wimbeldon, goods onto Amazon, apps into Heineken®, IT services to the Middle East, yoghurt to the UK and pizzas to France. All of this was made possible because Convertibill® supports export markets in Europe, Asia, the Middle East, Africa and the Americas.

A chemicals company had invested thousands developing a new product line. Existing and new customers loved their new product but when they tried to sell to them, they discovered that these new sales would breach the 20% customer concentration rule. So they tried to get out of the contract with their traditional invoice discounting company only to discover they would have to pay excessive penalties. They couldn’t afford this ‘fine’ and still remain unable to expand their business.

Using Convertibill® invoice discounting the debtor limits are independent of each other and customer concentration rules simply don’t apply. This Originator double their turnover with just one of their customers using Convertibill®.

Convertibill® invoice discounting has been used to import auto parts from Germany, flowers from Holland and fish from Asia. The importers of these goods all shared the same issue: they had to pay the suppliers in advance but didn’t have adequate finance. In each case, Convertibill® was used not only to pay the supplier but to negotiate early payment discounts too. In most cases, the cost of the Convertibill® was off-set against the negotiated discounts received. When combined with Convertibill® invoice finance, many of these importers were able to finance extended payment terms to their customers too.

Several retailers have used Convertibill® to pay for tyres from Portugal, jackets from China, shirts from Turkey and suits from London. As with the previous example, Convertibill® was used to pay the supplier and negotiate early payment discounts too.

Subject to terms and conditions, Convertibill® can be used to provide the equivalent of an overdraft, or short-term loan. These loans are typically used to fund particular commercial transactions where import, export or other forms of stock and contracts can be blended with the loan to complete a suite of Convertibill® to fund the business opportunity for growth.

Find out how Convertibill® can help your business…
Contact Us